County Londonderry has had a long tradition of Militias with the sons of former members volunteering to continue that tradition. The Lapsleys from Donegal are such a family with a long history of service to the Crown. George Lapsley settled in Coleraine and became the first Co. Londonderry resident to serve in the UDR.

He started his UDR career in November 1969 by recruiting the volunteers required to replace the B Specials who were to be stood down at midnight on 31 March 1970. George then went on to be the first Second-In-Command of 5 UDR and later to be the Officer Commanding (OC) E Company from 1971 until 1976.

His father was called James Porter Lapsley, the second son of an St Johnston, Co. Donegal farmer. The farm was too small for other than the eldest son. Because of this situation the second and third sons in all farming families had to leave home and find other employment. Many joined the Royal Irish Constabulary (RIC). So James Porter Lapsley left the farm to his elder brother George and travelled from Donegal to Dublin to be trained as a policeman. 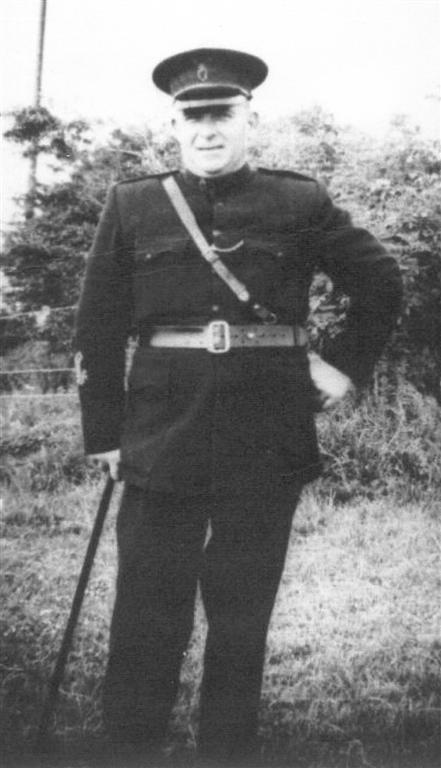 Waterford was the first station he was posted to. That was on the South East Irish coast. He met his wife whilst he was there.  She worked in one of the big bookshops in Waterford town. Her grandfather was called John Duke. He was the Chief Huntsman to the Marquis of Waterford’s Curraghmore Hunt in the 1870s.

Waterford is much the same in many ways as Coleraine. There is a river flowing through the town. It also has a boathouse, a railway station and two nearby beaches, Tramore and Dunmore East.

During WWI at least 35 per cent of the male population of Waterford volunteered for service in the British army.

In 1919 the Irish Republican Army (IRA) started doing exactly the same as they did in the 1970s. They bombed, shot, murdered, intimidated the population and then lied their way into government.

When the RIC was disbanded James Porter Lapsley had to leave Southern Ireland for his own safety. His wife remained in Waterford. As James was making his way to the docks he was attacked. The ex-RIC officer beside him was shot dead.

James continued on his way to the docks where he boarded a Royal Navy destroyer detailed to rescue all RIC from the Waterford area. He often recalled how he wished he had been shot because he was seasick all the way from Waterford to Belfast.

When George Lapsley was born he remained in Waterford with his mother. They lived in her parent’s house. Her father was called Sam, a larger than life character, a twenty-two stone auctioneer who liked his Guinness.

In due course the Lapsley family moved to Belfast and lived on the Ravenhill Road. James Lapsley was stationed at Mountpottinger. At that time George was five years old and he would follow his father around. There were many riots in Belfast at that time and George remembers all the cobble stones (Peevers) being torn up and used by both sides to stone each other.

Eventually the Lapsley family moved to the police house in Eglinton, Co. Londonderry after James was promoted to Sergeant.

At the start of WWII George was aged sixteen. He altered his date of birth and became eighteen so that he could join the Local Defence Volunteers. He went to Hollywood Barracks and trained as a Vickers Machine Gunner.

Photo 14 George on the right 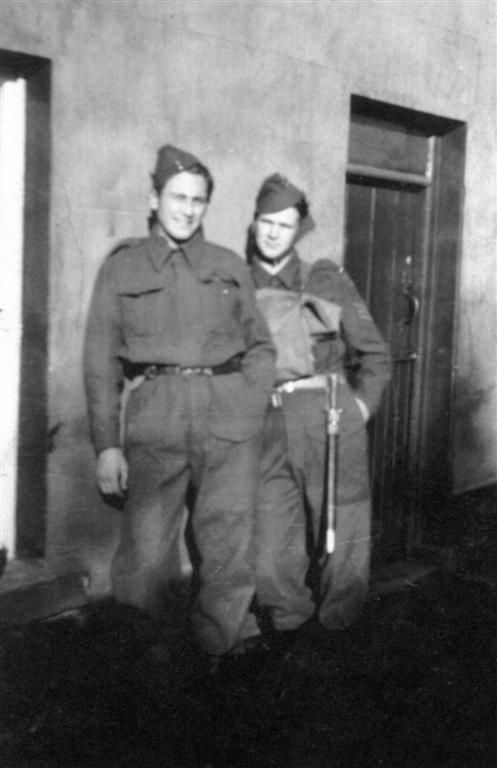 Uncle George joined an Anti-Aircraft unit in the Supplementary Reserve. Lots of Donegal men joined up and were posted overseas for the duration of the war.

At that time James Lapsley was posted to Victoria Police station as the Head Constable. He would go to Donegal and work the farm on his days off. When his brother George came back from the war, James handed him back the farm. By now, it was twice the size it was before he left. Eventually James moved to Clogher as the District Inspector.

During the war years George Lapsley went to Foyle College and then on to Magee University for two years. One day in 1943, while playing rugby in Belfast, he went to Clifton Street and joined the Royal Navy. 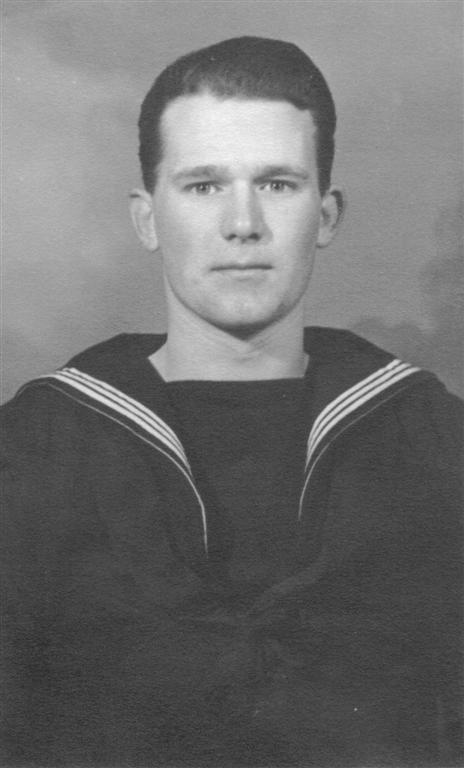 Still in 1943 he went on to Devonport. There was a call out for volunteers to go to Australia and George volunteered. It was a con because the RN actually wanted men for Burma and Ceylon. Prior to the departure of the volunteers they trained in Ceylon as RN Landing Parties using the flat bottomed landing craft. These craft were then deployed along the Burma coast as far as Rangoon.

At the end of the war George came home to Northern Ireland. He enrolled on a Teacher Training course and went straight into teaching.

In 1957 a couple of friends approached George and said that the local Territorial Army (TA) at Coleraine were short of officers. He became a Troop commander in the Coleraine Battery. Many of the WWII veterans from the original Coleraine Battery were still serving. He retired from the TA in October 1969 at the age of 46.

At the time George retired from the Coleraine Battery the Protestants in the Republic of Ireland accounted for only three percent of the population. They had been left without middle class or political representation. During the same period the Roman Catholic minority in N. Ireland had expanded from 28 per cent to 40 per cent and benefited from the relative prosperity there.

Many middle-class Roman Catholics now had a university education behind them. With the success of Dr Martin Luther King’s approach to protest and the European student uprisings in mind, they decided to demand Civil Rights for the Northern minority.

The chaos that followed these demands would lead to the mustering of another Ulster militia. George Lapsley had a very important role to play in that.